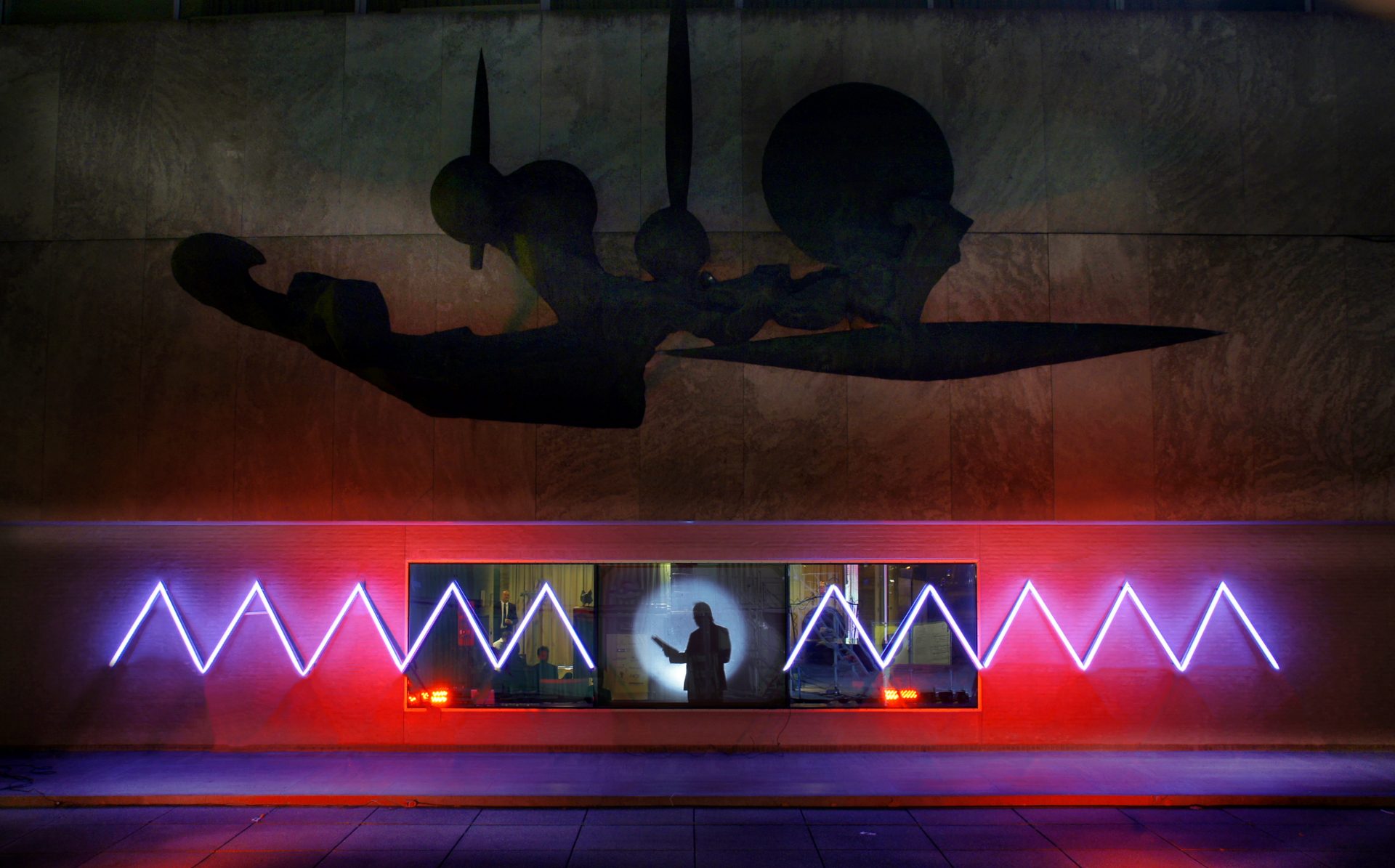 Toer brought their stories outside, reflected on the City Hall facade. The speaker’s silhouette was project on the central window. The 2D silhouette of the speaker seems to look outside while facing the audience inside. The speaker’s voices was used to colored the walls outside, the movements are translated in patterns on the facade.

A project in association with Philips Lighting Benelux and the City of Eindhoven. Part of Switch duting the Dutch Design Week 2017. 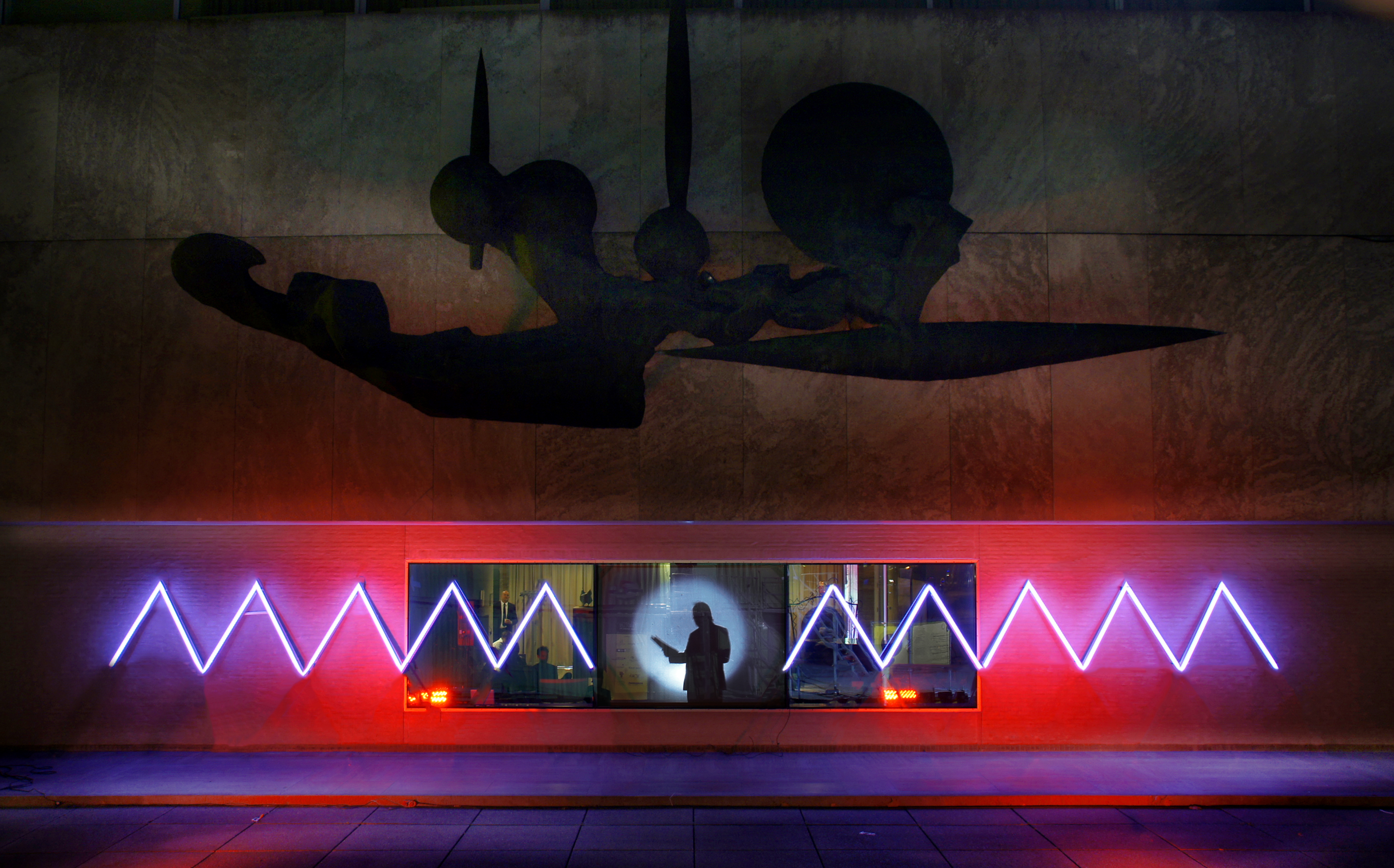